The video of Brick Court’s panel discussion on “Brexit and the UK Constitution”, which took place on 21 July 2016, is now available here.

A previous blog post summarising the discussion is here.

A previous blog post considered the possibility that when the UK leaves the EU, the jurisdictional rules contained in the Brussels Convention might take the place of the Recast Brussels Regulation (Regulation (EU) No 1215/2012) by default. This post considers the question of which rules might apply to determine the law applicable to contractual obligations post Brexit.

END_OF_DOCUMENT_TOKEN_TO_BE_REPLACED

The UK is embarking on a project which will preoccupy government and public for months and years to come – the negotiation of a future trading relationship with the EU. On the UK side, access to the single market is said to be the aim of these negotiations. Prominent voices on the EU side have said that the UK cannot expect to leave the EU while retaining all its benefits. Their stated position is that the single market is indivisible, and that the UK cannot remain part of that market while denying freedom of movement of persons.

The UK might seek to maintain access to the single market through a variant on the “Norwegian option”. Norway, Iceland and Liechtenstein are outside the EU, but inside the EEA. This means that they comply with EU rules on the single market, including the free movement of persons, and on competition and state aids, and that they comply with EU “flanking policies” such as equality, consumer protection and the environment. They also make financial contributions to the EU. If the UK seeks this route, negotiations will focus on the extent to which the UK will be able to impose unilateral restrictions on immigration. There would be other issues, such as financial contributions to the EU, and accepting EU legislation carte blanche, but the issue of immigration would be a central one.

The “Norwegian” route might lead to an impasse, for political reasons, or it might not be pursued very far at all.

END_OF_DOCUMENT_TOKEN_TO_BE_REPLACED

This post summarises the presentations made by each of the distinguished panellists and the ensuing discussion.

END_OF_DOCUMENT_TOKEN_TO_BE_REPLACED

In a recent blog post I referred to the European Commission’s recent announcement that that Member States will be required to ratify CETA, but that CETA would have “provisional application” until that happened.

I raised the question what was meant by provisional application? As ever, Brick Court’s Professor Derrick Wyatt QC has the answer which he gave at the Brick Court Panel Discussion on “Brexit and the UK Constitution” held in a packed Inner Temple Hall on 21 July.

END_OF_DOCUMENT_TOKEN_TO_BE_REPLACED

The House of Lords European Union Committee today issued a report — “Scrutinising Brexit: The Role of Parliament” (Session 2016-17 HL Paper 33) — calling for effective parliamentary scrutiny of all aspects of the UK’s Brexit negotiations with the EU.

The Committee commented (at para 5):

The forthcoming negotiations are both immeasurably more important and complex [than those leading to the February 2016 “New Settlement”], and fundamentally different in nature. It is inconceivable that they should be conducted without effective parliamentary oversight. Indeed, in a parliamentary democracy we believe it is the right and duty of Parliament to ensure that the negotiations are scrutinised effectively at every stage.

END_OF_DOCUMENT_TOKEN_TO_BE_REPLACED

The Divisional Court has given directions for management of the judicial review claims that challenge the Government’s ability to trigger Article 50 of the EU Treaty without recourse to Parliament.  The Court (Lord Justice Leveson and Mr Justice Cranston) has ordered the claims to be joined together, has set a provisional hearing date before the Lord Chief Justice for 15 October 2016, with a possible “leapfrog” procedure straight to the Supreme Court after that with the idea of it being heard by the Supreme Court in December.

The UK, like all EU Member States, is a party to the 1951 Refugee Convention, which guarantees certain fundamental rights for refugees and asylum seekers. Brexit will not release the UK from its basic obligations under the Convention or under international law generally. It may, however, spell the end of the Dublin III Regulation in the UK. This post considers the possible implications of Brexit for the redistribution of asylum seekers within the EU.

END_OF_DOCUMENT_TOKEN_TO_BE_REPLACED

In the wake of the “leave” outcome of the European Union referendum on 23 June, a key focus of interest is upon the manner in which the United Kingdom can give constitutional as well as legal effect to that outcome. Law is a necessary constituent element of our constitutional arrangements although notions of constitutionality and legality do not always dovetail.

The most likely means of giving effect to the referendum result is within the framework provided by the Treaty on European Union (TEU). Article 50 TEU provides that a member state may decide to leave “in accordance with its own constitutional requirements” (TEU Article 50 para 1). After a two-year period, unless all Member States have agreed to an extension, the State in question ceases to be a Member of the EU (TEU Article 50 para 3). If an exit agreement comes into force sooner, EU membership can potentially end before two years.

The negotiations taking place during this period and their outcomes are clearly matters of critical importance. So too is the conceptual conflict between principles of direct democracy, as manifested through the referendum, and representative democracy, of which the UK Parliament is the primary organ. This recent paper, “Using the Prerogative for Major Constitutional Change: The United Kingdom Constitution and Article 50 of the Treaty on European Union”, focuses on the most immediate issue: the “constitutional requirements” that apply in the UK to the instigation of the Article 50 process. 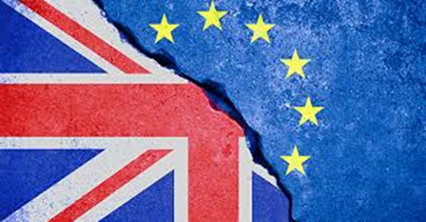 Brick Court Chambers invites you to a panel discussion on

Brexit and the UK constitution